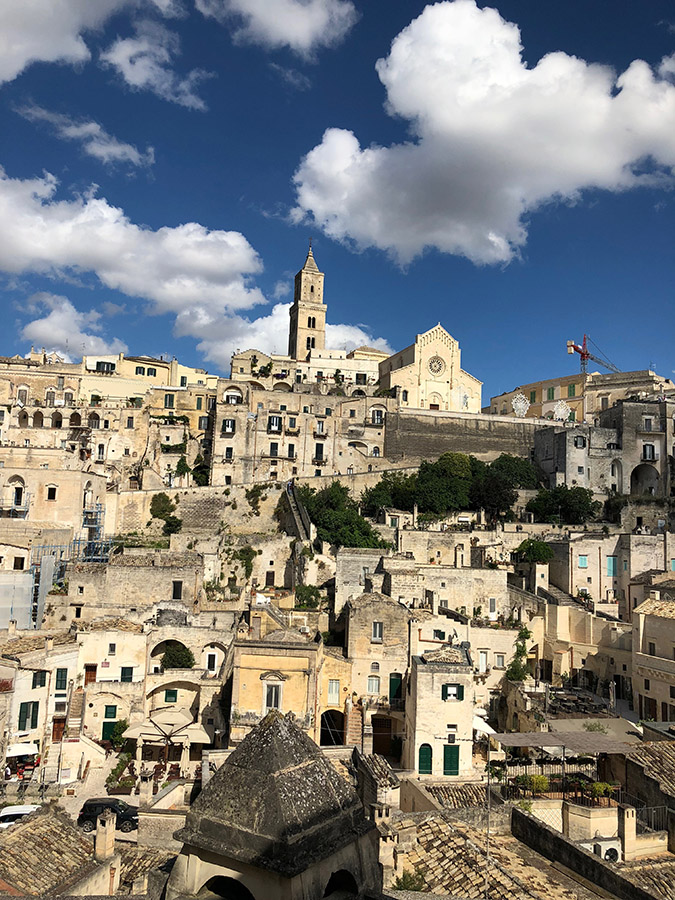 Posted at 01:44h in Uncategorized by arschoralis

A trip to Italy is almost always cause for celebration. When that trip involves singing concerts with Italian musicians and spending time with them afterwards, eating and sharing experiences, it becomes even more special.

Woodstock-based choral group Ars Choralis had just such an opportunity recently. About 30 members of the chorus (including me) toured southern and south central Italy, presenting works with a distinctly American flavor for Italian audiences who heartily enjoyed the concerts and just as heartily embraced the performers.

Barbara Pickhardt, artistic director of the award-winning group that has been in existence for more than 50 years, was not sure the reception would be as positive as it was. “I know their prime minister is right-leaning, and America is not very popular now in Europe,” she said. “I have traveled enough to know that people like people, even if they don’t like what the others’ governments are doing. But this time I wondered, because it’s the first time we’ve been such a demoralized country.” She needn’t have worried: “We found beautiful people in a beautiful country.”

Miriam Pugliese, a translator from Calabria who traveled with us, told Pickhardt she appreciated the presence of the chorus “because you have come from so far away to sing beautiful songs with deep meaning, at a particular time in history in a particular part of the world where a lot of changes are happening. This is in my opinion the light in the end of a dark tunnel, a sign of hope.”

The tour, from June 26 through July 3, began in the ancient hill town of Matera, more than 200 miles southeast of Rome. Matera is a UNESCO World Heritage site because its soft limestone hills have enabled people to create cave dwellings—from Paleolithic times until the 1950s, when thousands were evacuated to the modern town above the hills because of disease from poor sanitation and ventilation. With windows, plumbing, and electricity installed, people have flooded back to the ancient area.

We were there to sing with the Coro della Polifonica Materana (Polyphonic Chorus of Matera), directed by Carmine Antonio Catenazzo. The group’s polyphonic (counterpoint) melodies of Giovanni Pierluigi da Palestrina and other composers filled Matera’s exquisite Sanctuary of San Francesco di Paola. Ars Choralis’s portion of the concert ranged from “An Anthem for Thanksgiving,” by 18th-century American composer William Billings, to “Amazing Grace” and “Go Down Moses”—the latter two receiving smiles of recognition from the audience. The choruses ended the concert by singing Mozart’s “Ave Verum” together, with great feeling.

Grazia Racioppa, president of the Matera chorus, spoke of the “beautiful experience” of both groups singing in tandem, adding, “We hope to be able to realize our dream of coming to New York.” The evening concluded with a spirited dinner, complete with songs from both countries (and a melding of cultures through the Beatles). And who can forget the gelato!

We then bused south to Catanzaro, a city in the “arch” of Italy’s boot, on the Ionian Sea. Capital of the region of Calabria, Catanzaro boasts a lovely beach—over which we saw a blood-red full moon rise as we swam and sang into the night. At rehearsal the next morning in nearby Borgia, in the Calabrian hills, we met our second group of musical partners: the Magna Graecia Flute Choir.

This orchestra, consisting entirely of flutes (bass, alto, and standard flutes, as well as piccolo), might take the prize as most unusual concert pairing for Ars Choralis. The orchestra comprised a dozen flautists—the eldest in his 20s and the youngest 14. Their director, Sebastiano Valentino, chose John Philip Sousa’s “The Stars and Stripes Forever” for us to sing—possibly because of the piece’s famous piccolo solo. (Some of us were not enamored of the gung-ho lyrics in these turbulent times, however.) We also sang the well-known “Va, Pensiero” aria from Verdi’s opera Nabucco, another pick of Valentino’s, with lively flute accompaniment. In a moving postconcert presentation, Caterina Belcastro, the mayor of Caulonia Marina, the city in which we were performing, and Domenico Campisi, vice mayor, gave Ars Choralis a plaque commemorating the concert and coins related to the region’s settlement by the Greeks around 700 BCE.

“I was astounded by the display of appreciation during the exchange of gifts,” Pickhardt said. “I understood that they were proud that an American choir came to their city. They were proud of their heritage and proud to tell us about it.” Added Valentino, “Music—it’s just fascinating, this universal language that unites people of all cultures, races, religions, and languages. Both orchestra and choir spoke the same language. . . . An amazing choir director, Barbara Pickhardt, opened her heart and those of her choir members to unite them to ours. Their message of peace and hope has become ours too!” Afterwards, sharing dinner at a karaoke restaurant on the coast, choristers and flautists all joined in John Lennon’s “Imagine.” Everyone in the establishment was moved, including the DJ, who shouted into his mic, “I love Americanos!”

Tour operator Cherrye Moore, a Texan based in Calabria, accomplished a herculean feat in translating and organizing (including two amazing farm-to-table lunches—“agriturismo” in Italian—where platters of homemade and home-grown food were nonstop), while travel agent Marjorie Fucillo of Kingston accompanied us to ensure that all went smoothly—also a titanic task, considering the number of singers, musicians, and instruments involved.

The experience was enlightening, uplifting, exhilarating. We rehearsed and sang in beautiful churches with breathtaking acoustics, felt the history that goes back millennia, and became friendly with people who fiercely defend their heritage and culture and who are glad to share it with those who had been strangers just moments before. Most of the places we visited are not frequented by American tourists, few spoke English, and the people seemed as unspoiled as the magnificent vistas.

But though the audiences didn’t seem to understand much English, Pickhardt felt compelled to say something about “One Voice,” a song we sang during the flute concert. “I equated ‘musical harmony’ to harmony among people: ‘We want to live in harmony with others’,” she recalled. “When the translator got to that part, the audience broke out into applause. In that instant I realized we were one, we want the same thing after all: goodwill, respect, decency, peace. The chorus came alive—as did the audience.” Another note in the symphony of understanding. 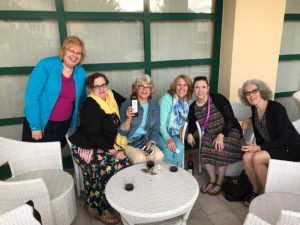 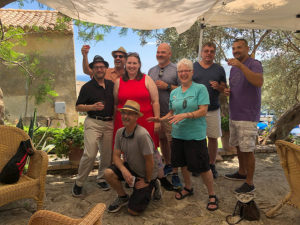 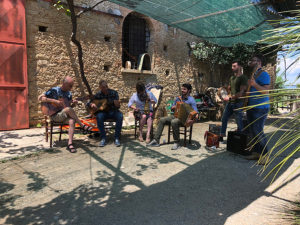 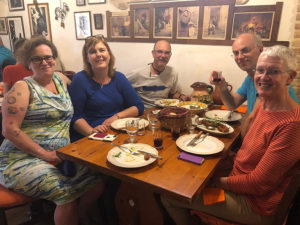 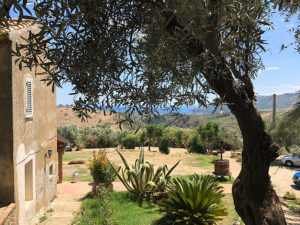 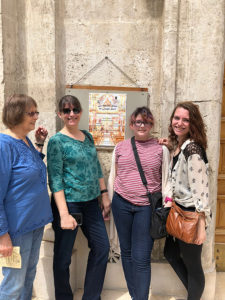