Posted at 15:45h in Concerts by arschoralis

The Ars Choralis 22nd annual Welcome Yule concert this year was a beautiful musical jewel of love and respect for our fellow human beings and our earth. After a difficult year in America, it was blissful!

Drummers Evan Pritchard, of Mi’kmaq and Celtic descent, and Karen Levine played powerful drums and haunting flute while Erica Pickhardt accompanied beautifully on cello. Narrator Gilles Malkine told tender stories of “The Christmas Moccasins” and also read a remembrance by Robert Frost’s daughter, who set the stage for his famous poem, “Stopping by Woods on a Snowy Evening.”

As always, Kristen Tuttman artfully accompanied Ars Choralis on piano. Greg Dinger played classical guitar on “The Solstice Carol” and “Time to Remember the Poor,” the latter of which he arranged.

Audience member Polly Mortensen offered her praise: “The oohs and wows from the audience were well-deserved. From the instrumentalists to the singing to the direction, this was the perfect concert. It’s exactly what we, the audience, needed to hear, and it’s what the world needs to hear, actually. And that’s what makes Ars Choralis so special. There is no other group like this. It was my privilege to be at yesterday’s concert!”

The concert began and ended as Ars Choralis encircled the audience to sing.  As Barbara explained, “Native Americans believe that harmony, balance and peace among all living things is revealed in the sacred circle, which represents unity within the universe.” 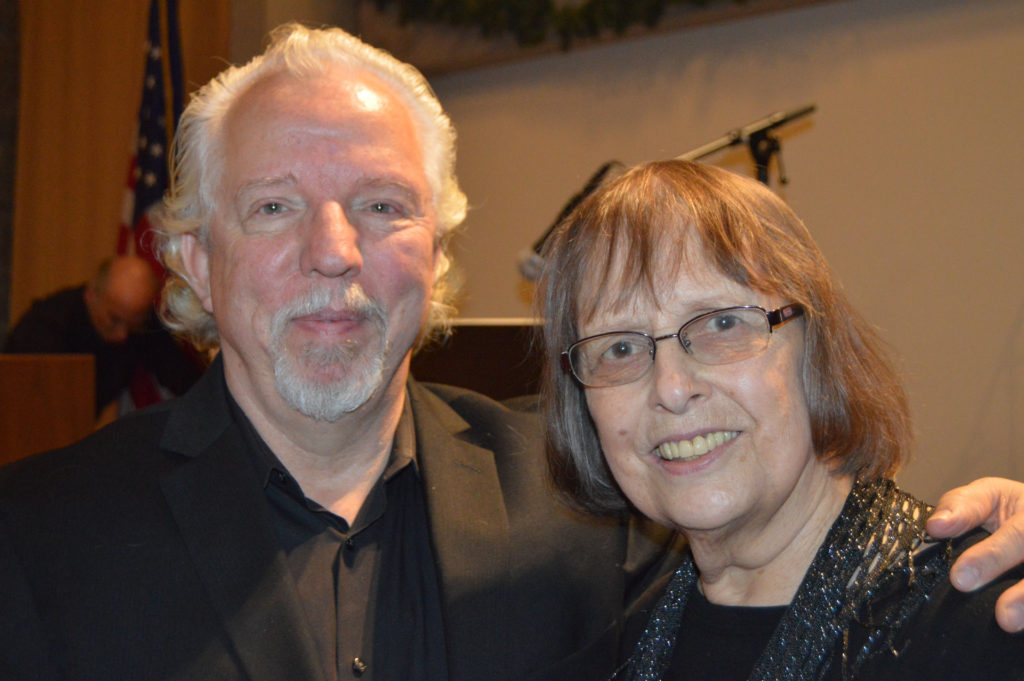